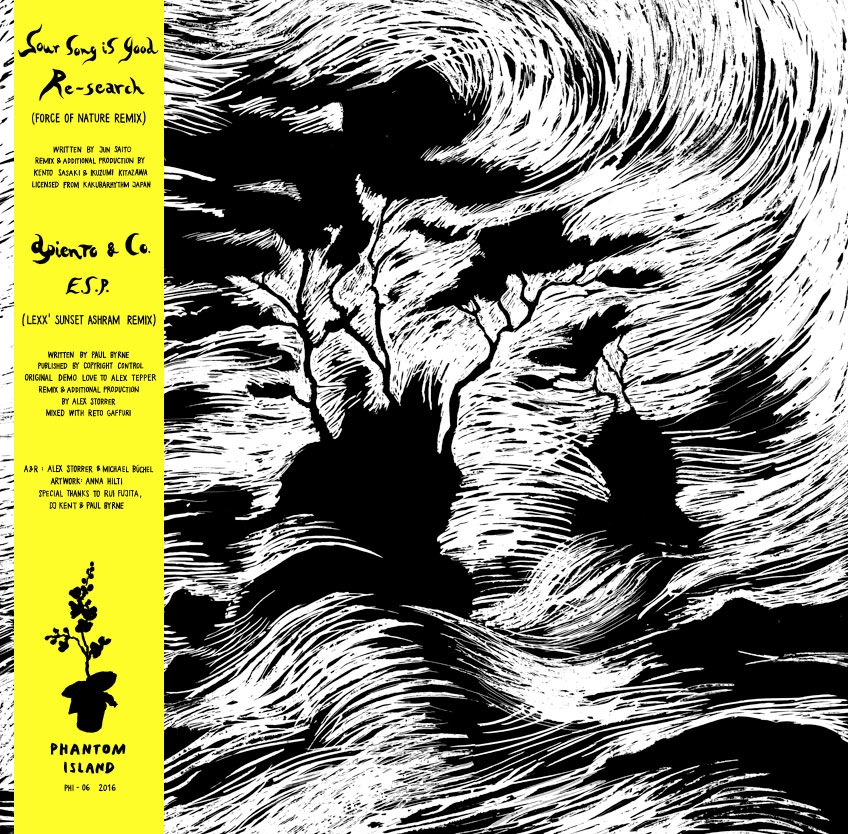 The sixth release on Zurich based Phantom Island is what one could call a second bite at the cherry. There’s the Force Of Nature remix of “Re-Search” by six-piece Japanese outfit Your Song Is Good on the A side. Originally released in 2015 on the Kakubarhythm label in a very limited edition. The track found broad acclaim when Lexx, played the track sent to him by his long-time friend DJ Kent (of Force of Nature) on Tim Sweeney’s Beats In Space radio show. Now properly available for the first time outside of Japan. On the AA side you find Lexx’ remix for Apiento & Co’s “E.S.P.”. Not to be confused with his “Escape From The Island” remix, which came out in late 2014 on Golf Channel Recordings. The rendition here, the “Sunset Ashram” remix, was recorded way back in the beautiful summer of 2010 and was hidden since then in the archives.